According to Wikipedia, in 2015 alone, there were almost 2 million books published in the world. What are all these books about? And what do people like to read about? Ebook Friendly made a list of the most popular book genres of all time. This is the top 8 of book genres sold worldwide: 8. Magic realismComing last in this list: magic realism. This genre combines realistic narrative and naturalistic technique with surreal elements of dream or fantasy. 2% of all book sales are written in this the genre. ‘’One Hundred Years of Solitude’’ by Gabriel García Márquez was sold over 50 million times and is the most popular magic realism-book. In this book, the main character dreams about a city of mirrors that reflected the world in and about it. When he wakes up, he decides to establish this town.7. Young adult fictionYoung adult fiction is fiction written for young people in the ages between 12 and 18. These books are also known as young teen novels. 3% of all book sales are in this genre. The most popular young teen book is ‘’Flowers in the Attic’’ by V.C. Andrews, which was sold over 40 million times worldwide. 6. Historical fictionIn a historical fiction novel, the plot takes place in a setting located in the past. 3% of all sold books are in the genre historical fiction. With over 40 million copies, ‘’The Eagle Has Landed’’ by Jack Higgings is the most popular book in its genre. This book takes place during the Second World War. 5. Mystery fictionIn mystery fiction, a detective or other professional solves a crime or a series of crimes. This can take form in a mystery or a short story. This genre is also called detective or crime novel and it covers 11% of all book sales. With over 100 million sold copies worldwide, ‘’Then There Were None’’ by Agatha Christie is the most popular in this genre. 6. Classic literary fiction (up to the 1950s)13% of all book sales are classic literary fiction (pre 1950). These are books with social commentary or political criticism. The most popular book in this genre is ‘’A Tale of Two Cities’’ by Charles Dickens, it was sold over 200 million times worldwide. 3. Fantasy fictionIn fantasy fiction, the main plot element, scene or setting have something to do with magic or supernatural elements. Imaginary worlds and magical creatures are the most common to appear in the fantasy genre. 13% of all sold books are fantasy fiction books. With over 150 million books sold worldwide, the ‘’Lord of the Rings’’ series by J. R. R. Tolkien are the most popular in its genre. 2. Modern literary fiction (after 1950s)Modern literary fiction (these fictional works generally involve social commentary or political criticism) entails post 1950 literary fiction. 16% of all book sales are Modern literary fiction. The most popular modern literary fiction book is ‘’The Catcher in the Rye’’ by J. D. Salinger (over 65 million copies sold worldwide). 1. Children’s fictionThe most popular books are written for children. Children’s fiction includes stories that are enjoyed by kids (up to age 12, approximately). Fiction, non-fiction, poetry or drama: these stories can be about anything. These days, 39% of all sold books are children’s books. The ‘’Harry Potter’’ series by J. K. Rowling are the most popular: over 450 million books were sold worldwide. Especially grown ups helped out in breaking this record. 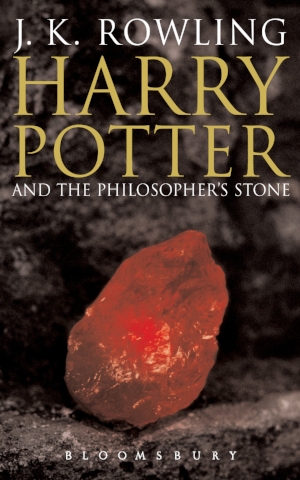 Did you write a book in one of these genres, –or in any other– and are you ready to share it with the rest of the world? Create a Peecho account and upload your PDF file. Then you can install the print button on your website or share the print link via social media and email and allow your readers to get your book via print on demand. Do you have questions? Just contact us (kenneth@peecho.com)!