The rapid growth of BeautyMute Magazine

Providing an opportunity for young artists across the world to be featured in a magazine, BeautyMute has grown quickly over the first three months of being online. With photographers, designers and models all featuring, and contributors from across the fashion industry, this beautiful magazine has a goal of being viewed a million times by March 2018. Here Peecho interviews Editor-in-chief Christoph to hear the story of BeautyMute.

With BeautyMute Magazine, we want to give artists like photographers, designers, models and more the opportunity to grow bigger and to be published in a magazine. The magazine has been online for three months and has been viewed over 300,000 times on platforms like Issuu. 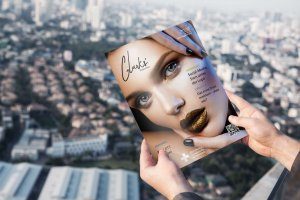 Who are the people behind BeautyMute?

Behind the BeautyMute magazine is a small team which is spread out all over Europe. Our team consists of editors, social media specialists and various people who have worked in the fashion industry or are still working in it. We are always looking for young motivated people to join us.

The whole thing was a test at the beginning. We wanted to provide a platform to open the door to young artists for a magazine. We work with over 500 photographers and designers from all over the world. We did not expect it to become as big as it is now and it is getting bigger and bigger.

Tell us something people don’t know about BeautyMute

The team is smaller than many people think. We work almost around the clock to build a personal relationship with all artists in our magazines and on our website. 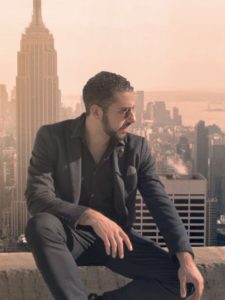 What is your Peecho Story?

We got to know Peecho from the platform Issuu. For us it is the best way to print magazines. A button allows us to easily embed it in our website. We also only sell as many magazines as were ordered and so we do not have big costs.

What does the future hold for BeautyMute?

Our goal would be that the magazine will be viewed a million times by March. From 5th November we will start with our first magazine in German – the Clarks Magazine. We want to reach countries like Switzerland, Germany and Austria with it. The BeautyMute magazine is mostly viewed in the United States.Find out more about BeautyMute and Clarks Magazine on their websites.Ready to start your Peecho story? Make an account with Peecho, upload your PDF and begin.