Alex’s raw and honest signature is strongly marked by his childhood in Italy. Riding bikes and kicking the ball around the streets of Rome, coupled with his imagination for mythical adventures and pirate scenes, had a strong influence on Alex as both a photographer and a writer. A curious child and thoughtful observer, he always focused on the speech and expressions of adults, while paying great attention to the world around him.

As time went on, Alex’s passion for both photography and writing grew. In 2009 he moved to Mexico, where he started to work as a correspondent and photojournalist. Since then Alex widened his vision to encompass portraits, fashion, street photography and erotica. Carving out a very particular role in the photo industry, he is now able to master very different expressions. Alex’s favorite subjects, however, are still the people and their stories. To quote Mario Dondero, one of his favorite photographers, “It’s not that people interest me to photograph them, they interest me because they exist. Otherwise, photojournalism would be just a sequence of soulless shots.”

Photography enabled Alex to connect with local cultures and a variety of different individuals. He fondly recalls of a trip to Oaxaca de Juarez, Mexico, where he met with indigenous people of Central Valley and Sierra Norte while documenting the Day of the Dead celebrations and the Guelaguetza, the biggest folkloristic event in America. Here representations of communities, villages and small towns from several regions of the state got together to perform, dance and sing.“Performers came from the Central Valley, the Isthmus, the Sierra Norte,” Alex says. “I met them as they prepared to enter the stage. A girl offered me an apple, others invited me to visit their small town.” 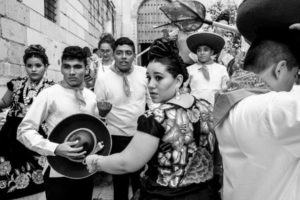 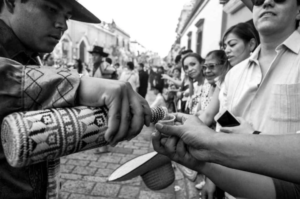 One of Alex’s most interesting projects is AMERICANA, a work dedicated to the barrios located in Mexico City and the State of Mexico. AMERICANA gave Alex the opportunity to document the human condition of people living in popular neighborhoods, both through stories and urban landscapes. In 2019 AMERICANA was exhibited at the Kolkata International Photography Festival and featured in the printed magazine CITIES. In 2020, a selection of these photos was also exhibited at his first personal exhibition in Mexico City. 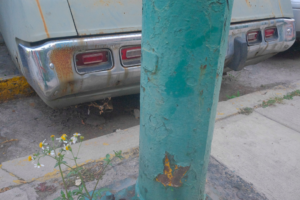 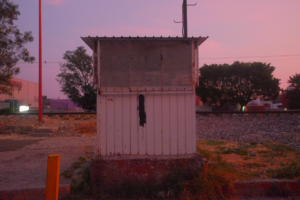 According to Alex, a large number of writers and photographers influenced his vision: H. Miller, H. S. Thompson, T. Wolfe, C. Bukowski, T. Robbins, B. E. Ellis, E. Hemingway, S. Shore, L. Ghirri, W. Eggleston, L. Friedlander, J. Meyerowitz, H. Newton, and D. Moriyama. In particular, Stephen Shore has shown him the way to urban landscapes, in fact his influence emerges in the photographs taken in the barrios of Mexico. Another important reference for Alex is Luigi Ghirri and his ability of grasping a metaphysical dimension.

Being influenced by many different artists, Alex’s own vision of photography could be defined as spontaneous, albeit analytical. While at first, or to an uneducated eye, Alex’s photos can appear just as snapshots, most of them incorporate a construction that derives from a visual background. For example, the study of gestalt psychology, a school of thought believing organisms perceive entire patterns and configurations instead of individual components, gave Alex the chance to “solve the visual equation that presents itself” to him before shooting.

Alex’s photography is also influenced by gonzo journalism, a style of journalism written without claims of objectivity, often including the reporter’s personal experiences and emotions as part of the story – in contrast to traditional journalism, which favors a detached style. Just like gonzo journalism, Alex’s photography starts from a direct experience: he photographs barrios because he lives in a barrio. As the personal component is a decisive factor, he prefers to define what he does with the term “gonzography”. 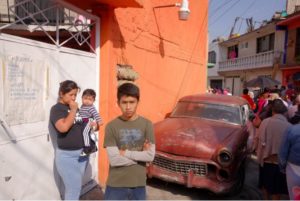 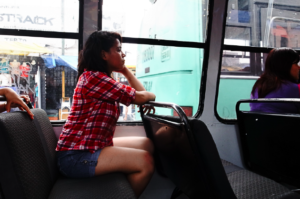 “My photographs are a total reflection of my life,” Alex says. “In order to have the most sincere and genuine work I need to deep myself inside the theme and the scene in front of me. And this is also when I make erotic photography with the girls posing for me.” According to Alex, it is very important to give the observer of his photos the sensation of being there. “I am convinced that by borrowing the lesson of gonzo journalism I can reach the truth in easier ways,” Alex adds. “Of course I don’t mean the objective truth but my truth and the reality I experienced.”

Alex also believes that what makes a great image stand out from a good one is the presence of a breaking point within the frame, something absolutely unique and personal. Photos also need to have a perfect balance between form and content, attention for composition and details, and associations between the objects in the scene.

When asked what he wants to achieve through his photography, Alex responded with the wish to have more people recognize themselves within the subject of his work. To those who want to explore their creative passions, Alex advises: “Be yourself. There is not a universal model, and imitation of others is not good if you want to emerge in some way. For this reason it is necessary to identify your inner voice and make it emerge.”

Alex’s plans for the future include ITALIA DOLCE VITA, a work about Italians. Meanwhile, one of his current projects is HARI, a series of books showing images realized with a 2mpx toy camera. 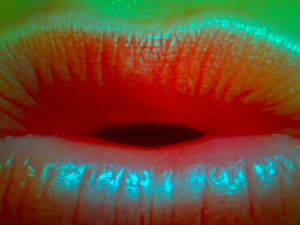 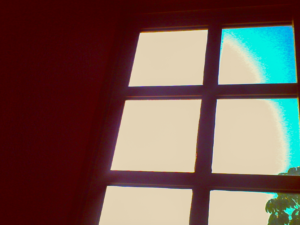 Alex’s works are currently available for print via Peecho, platform he discovered through a colleague publishing a photo magazine. “I went to explore your site and a world opened up to me: the possibility of offering high-quality prints and magazines for sale seemed fantastic,” Alex says. “I can propose directly, just like my writing and photography, directly to my audience. And I can also make customized products for my customers.”

AMERICANA and HARI can be bought at the following links:

Would you like to learn more about Alex’s projects? Get in touch with him by clicking on his contacts below: